Okay, I know, chips are pretty easy and generally vegan. I mean, plain potato chips are kind of hard to deveganize.  But then there are some sports day staples like Sour Cream an Onion chips that are kind of hard to imagine as vegan options.  Not to mention the fact that for some reason people insist on putting animal products in things that don’t need it.  So, it’s always good to know your options!

Lets start ourselves off with something that everyone knows and loves: 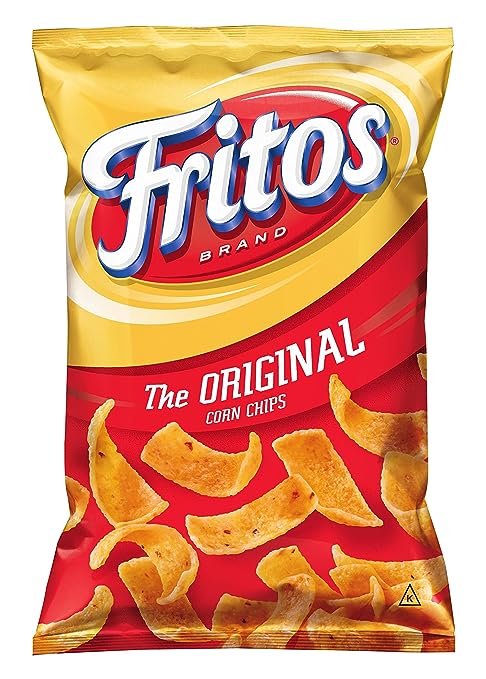 Yup, this classic is in fact, vegan.  Happy day right?  Fritos are widely available just about everywhere you go.  When I was younger I managed to eat a whole bag of these whilst reading in the tub.  So, it makes me pretty happy to know these are something I can still safely eat, though in smaller quantities.  Boy did I get a stomach ache after that stunt.

Now, I haven’t tried these yet but I’m really excited to the next time I get down to my Whole Foods Market.  I didn’t even realize that Earth Balance MADE chips until very recently.  So, lookout GAMEDAY, here comes some vegan Sour Cream and Onion chips!  Vegan Munchie Run!

You read right.  Maple Bacon.  It’s vegan.  Who’d have thought?  But if any of you out there crave the flavor, which if you’re new to the lifestyle you can have a hard time with cravings at first, these could be great.  Totally guilt free way to perhaps crush some cravings. 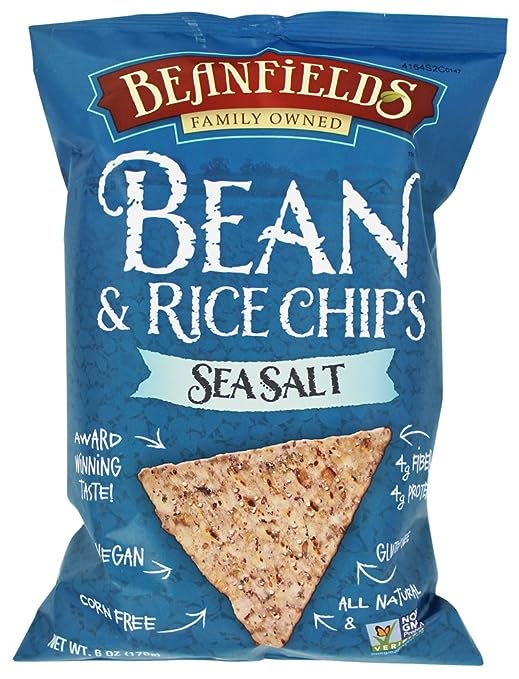 Now I saw these as I was poking around for vegan chips and I was floored.  I’d never heard of these guys before but damn do they look good!  And as far as chips go, I’d say they are downright healthy!  They are tortilla chips made from beans and rice, and they have a wide assortment of flavors and seem to be constantly adding more into the mix!

Who the hell doesn’t like Pringles?  I’m not sure how they get that texture and specific crunch but man is it good!  We often grab one or two tubes of Pringles when we’re going on road trips.  Not the healthiest thing, but it’s there and it’s yummy!   They are easily found in most stores, from your local Walmarts to the little gas stations on the side of the road.

Who’d have thought they’d have vegan Maple Bacon chips?  I guess I shouldn’t be terribly surprised, there’s something out there for everyone after all.  I hope you found this helpful and have a few fun things to nab next time you’re out now!  These chips really are… Vegan in a pinch!

We Hope You Found This Vegan In A Pinch Helpful!

If You Liked It, Help Us By Sharing With Your Friends!

Return to the “Vegan In A Pinch” homepage!

Is being vegan on a budget on your mind?  It's been on ours lately and...

It’s almost that time of year!  Halloween is just around the corner and finding ethical...

Welcome to “Guess That Gadget” where we delve into the fun world of kitchen gadgets! ...

Before I started writing this article, I thought that all vegan chocolate was dark chocolate. ...

As the first installment of the Vegan In a Pinch series, I thought I’d cover...

Exactly what is vegan anyway? It seems everyone has a different opinion on what it...

Don’t let anyone kid you, going vegan is hard to do. No matter what people...

Let’s talk about vegan diet deficiencies.  If I had a dime for every time I...